Hello You. Presenting for your delectation my latest hotly-anticipated annual Best Of Year Mixtape, featuring a great big sackful of my Foggy favourites from 2017. Over two and a half hours of amazing tunes from the last twelve months, lovingly mixed and blended for your infotainment. It seems to be going down a storm on the social media as well, so why not join the party and fill your boots?

Apparently I’m now 65th in the @mixcloud experimental charts. But I’m determined not to let fame go to my head! https://t.co/k70BUsrHoo

It’s been such a bumper year for music and I’ve been so swamped with amazing new material that it’s been hard to pick a single favourite LP; though it might well be Simon James’ brilliant Akiha Den Den soundtrack, which has been providing plenty of spooky atmospherics to my recent nocturnal perambulations around the hometown. 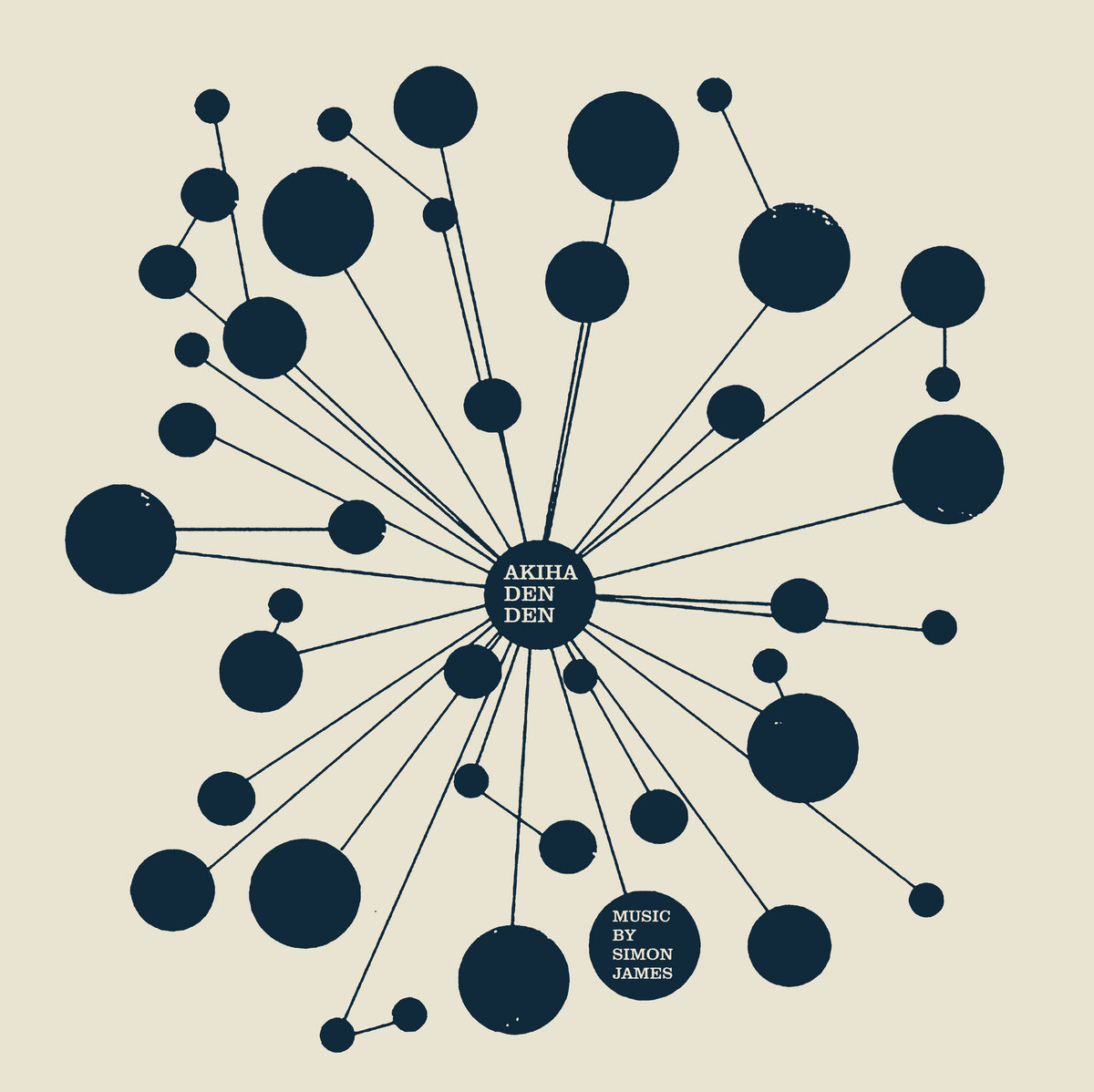 Simon James’ Akiha Den Den LP. One of the very finest this year.

I do have a favourite track, though – The glowering ‘Boylan Devils Mix’ of ‘Glass’ by Logos. Beautifully minimal, bleak and brutal, in places it’s little more than a single bass note baring its teeth, while shards of noise whip and whirl around your ears. I’ve been trying to make Howlround tracks like this all year (with occasional success – results forthcoming in 2018), but nothing beats the moment here when all the other elements fall away and the ‘drop’ hits you. This whole ‘Weightless’ scene has fascinated me this year, though I’m aware I might be a little late to the party…

Track of the year as far as this cat’s concerned…

A close second, for very different reasons, was Orbital’s cover of Kraftwerk’s ‘Numbers’, recorded exclusively for that most excellent of publications, Electronic Sound Magazine. Of course, compared to Logos and Boylan’s effort above, this track has a rather vintage feel, but I loved the playful use of samples and the quirky humour they applied to this famously austere Teutonic classic, blending that familiar itchy rhythm track with recordings of actual ‘Numbers’ stations, a trip to the Supermarket and dear old Polly Styrene to give it a uniquely British spin.  Plus they’re one of the greatest live bands ever:

These are just two among many – I could write pages and pages about all the great music I’ve been sent this year, but time is not on our side and I’ve spent a fair proportion of today chasing the Christmas spirit round the bottom of a glass, so it’s probably best to quit yammering and just give you the aural injection. For added intrigue I’ve included links to a few of my favourites below. All of them are worthy of both your time and your money – and released on tiny independent labels, so probably sorely in need of both! 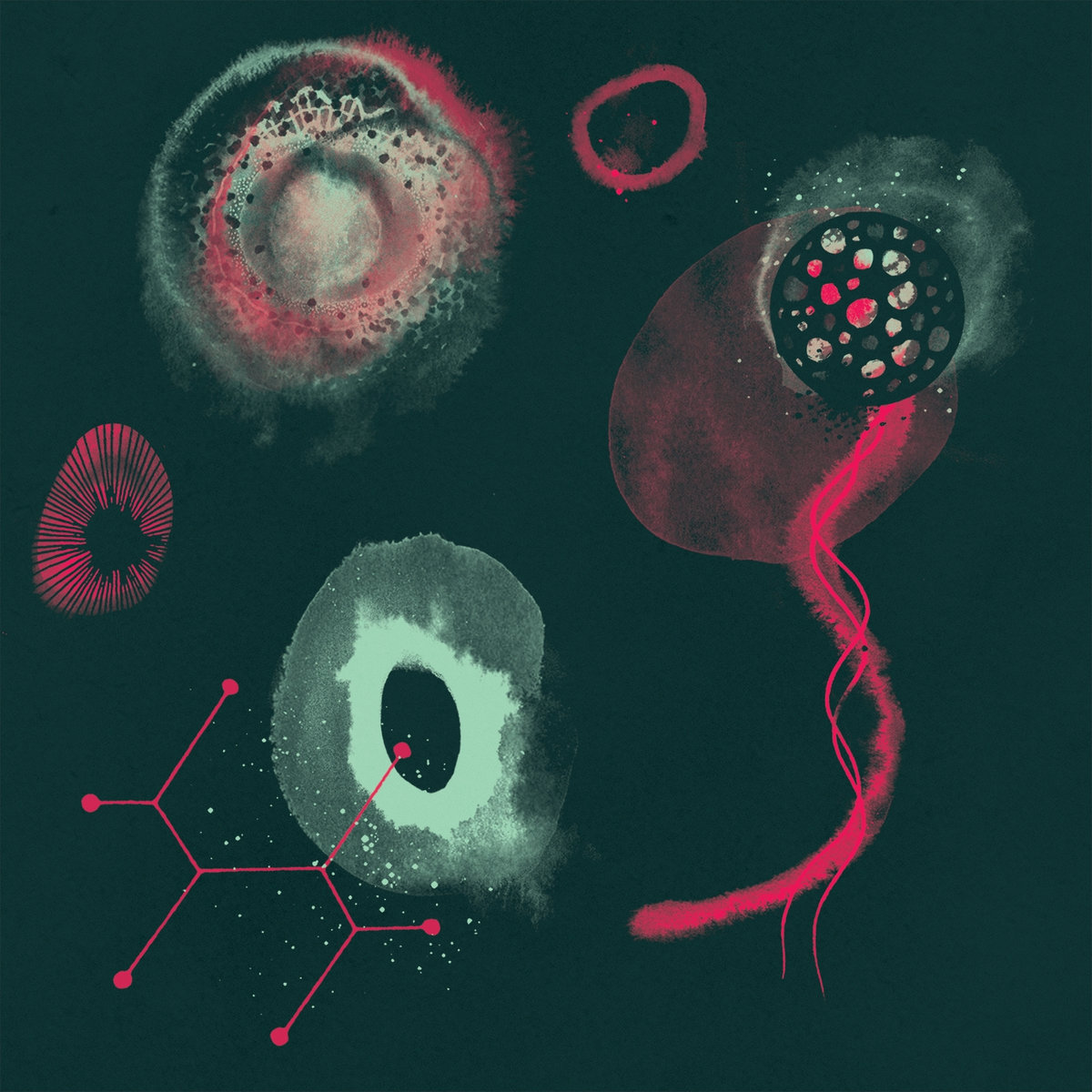 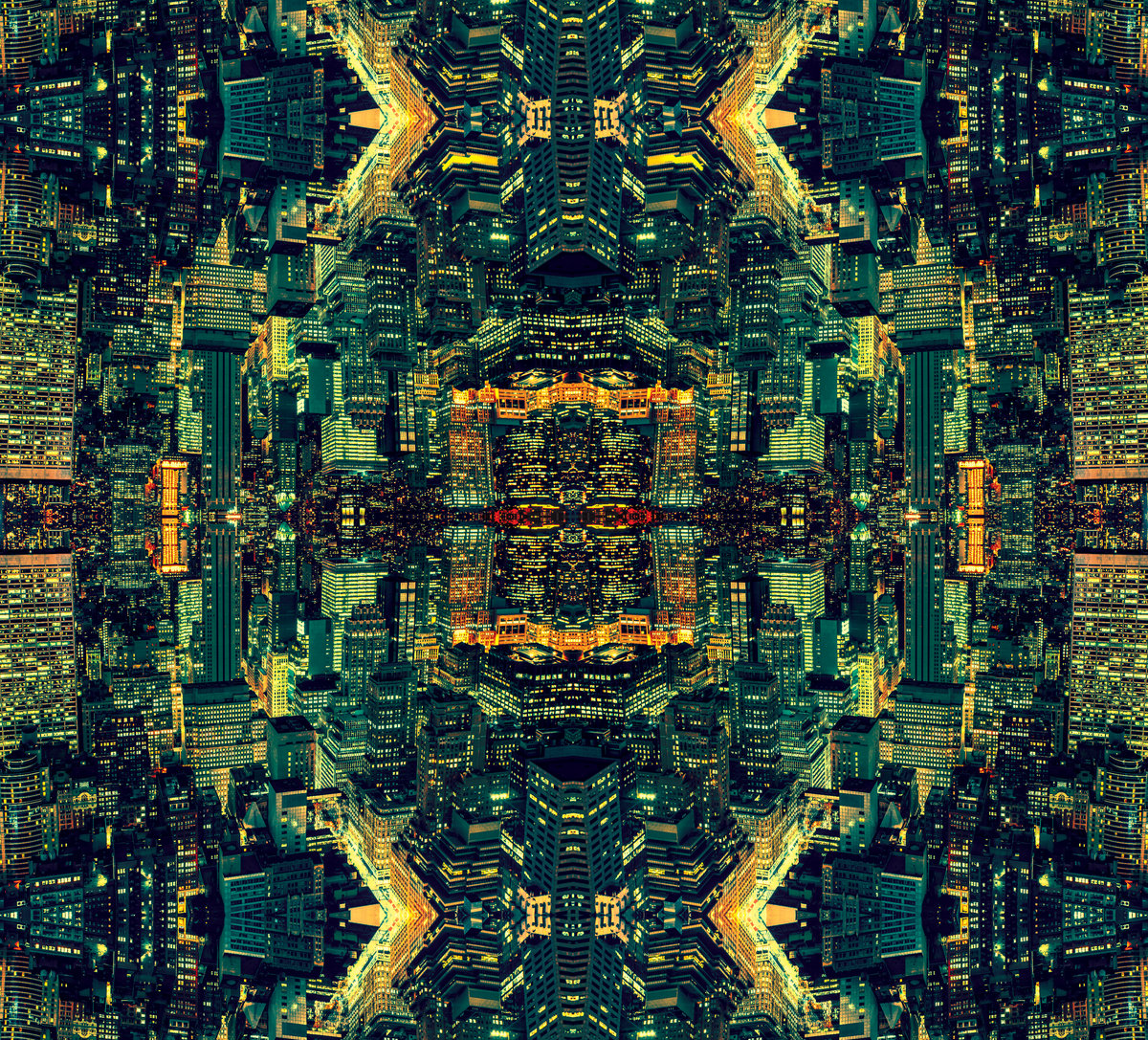 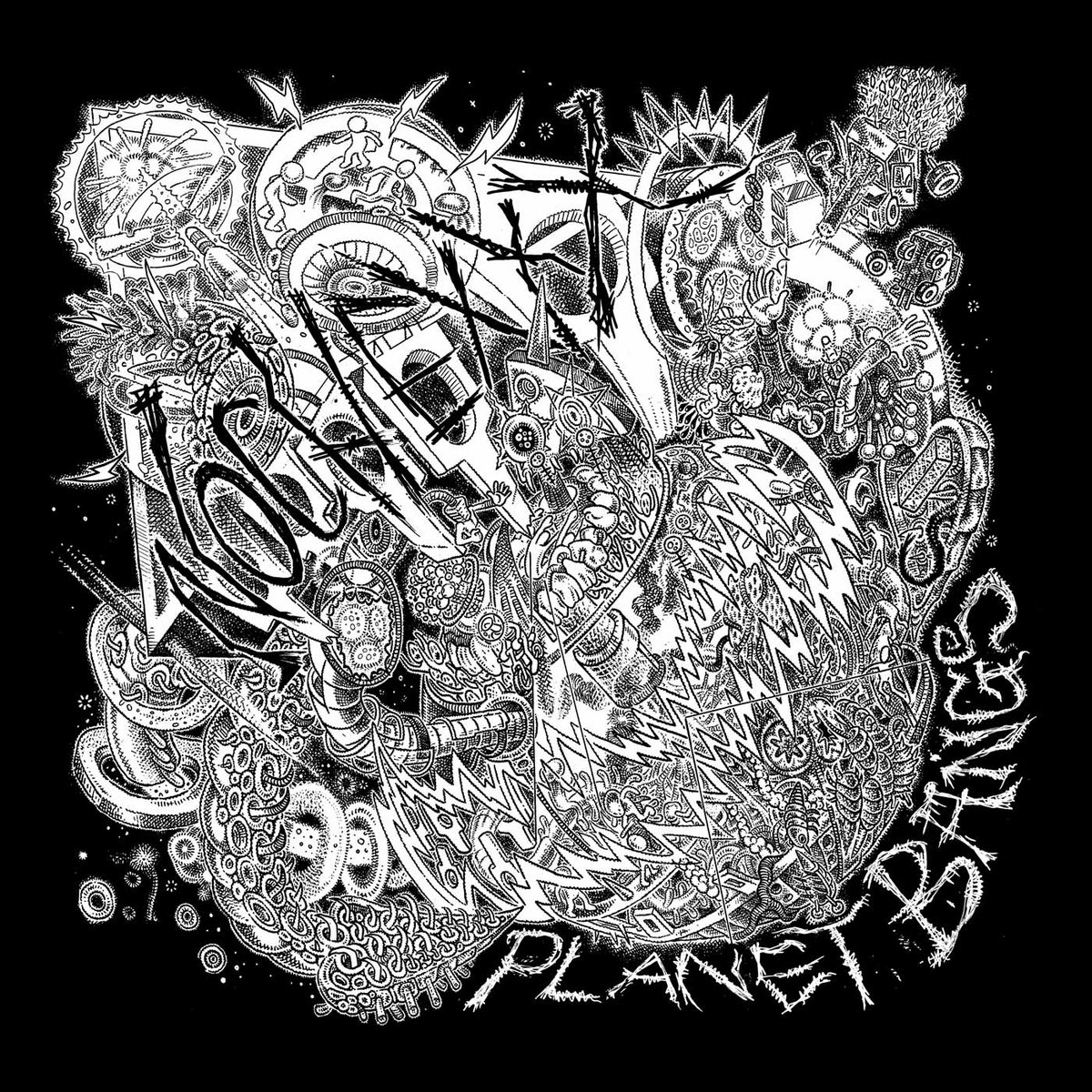 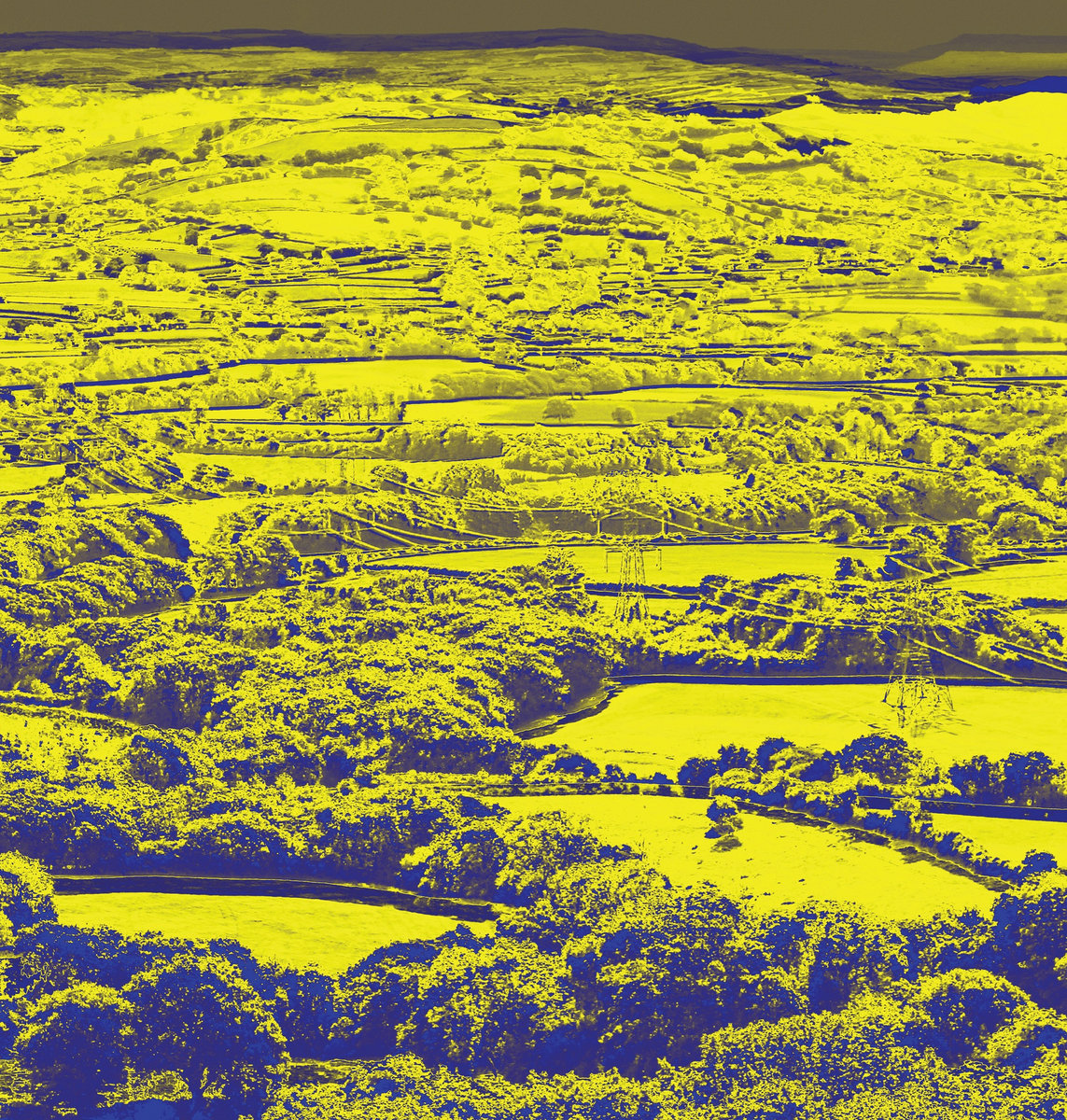 Revbjelde’s debut LP this year was a slept-on classic ‘The Quietened Cosmologists’ from A Year In The Country 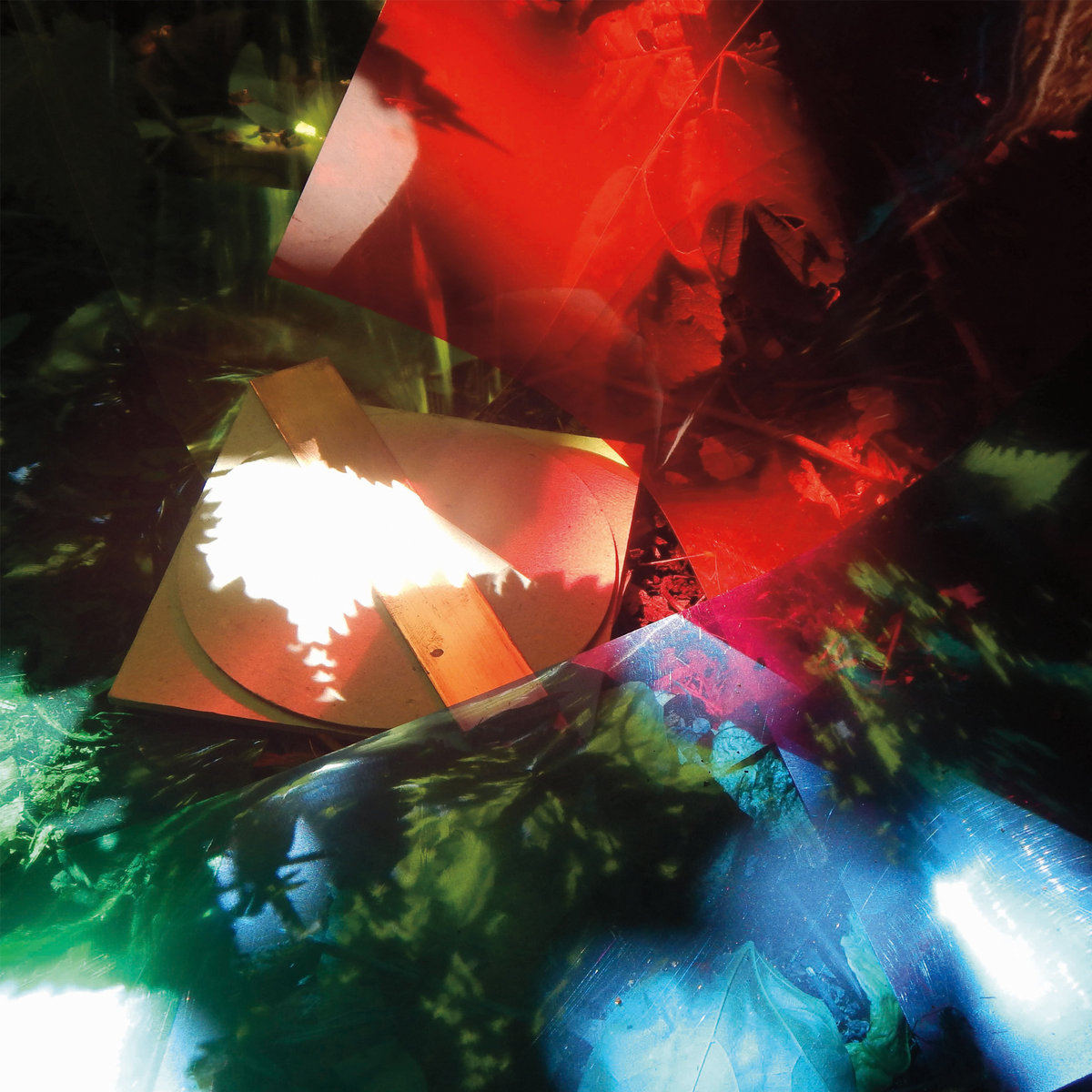 Time Attendant: ‘Ruby Modifier’, in which our hero takes his sound in a surprising new direction. 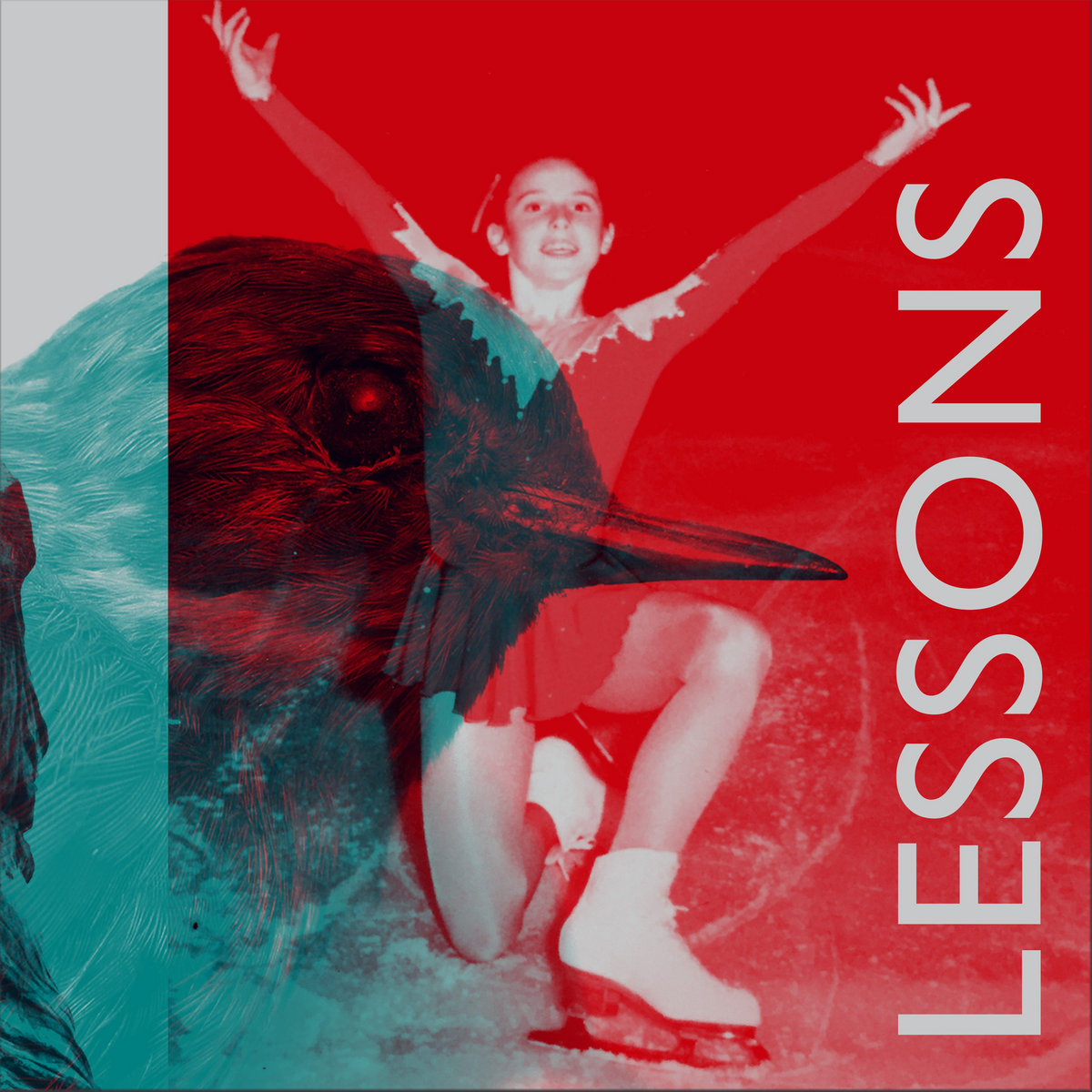 ‘Lessons’: 2CDs of modern classics brought to you by Front And Follow

That’s probably enough to be getting on with. Wishing you all a very Merry Christmas, particularly the ever-growing pool of artists, producers, DJs, collectors, curators, nerds, oddballs and weirdos that I’m privileged to call friends – I’m a lucky chap indeed to be surrounded by such richness! Here’s hoping for more sonic adventuring in 2018…

Final Howlround Gig Of The Year!

Final Howlround gig of the year and I’m playing my dear old hometown for the first time EVER! Live in-store at Carlisle’s excellent Vinyl Cafe alongside The Heartwood Institute. An evening of mulled wine and wintery sounds to warm your cockles. Hope to see some of my northern contingent there?! In the meantime, further information can be found at the Vinyl Cafe Website and Facebook Page. Go, have a click and befriend them, won’t you? I certainly never ever thought I’d see the day when you could walk into a shop in Carlisle andbuy Meredith Monk LPs. What a world!

In other news, I’m busy compiling my now-traditional Festive Mix of personal favourites from the past twelve months, which looks set to be another bumper-packed goody bag. It’s going to take a while to put it all together, so I thought that you might appreciate a reminder of last year’s effort while you’re waiting. Proof that even though the vast majority of 2016 ‘sucked on toast’, it still featured more than its share of essential bangers. Probably just as well… 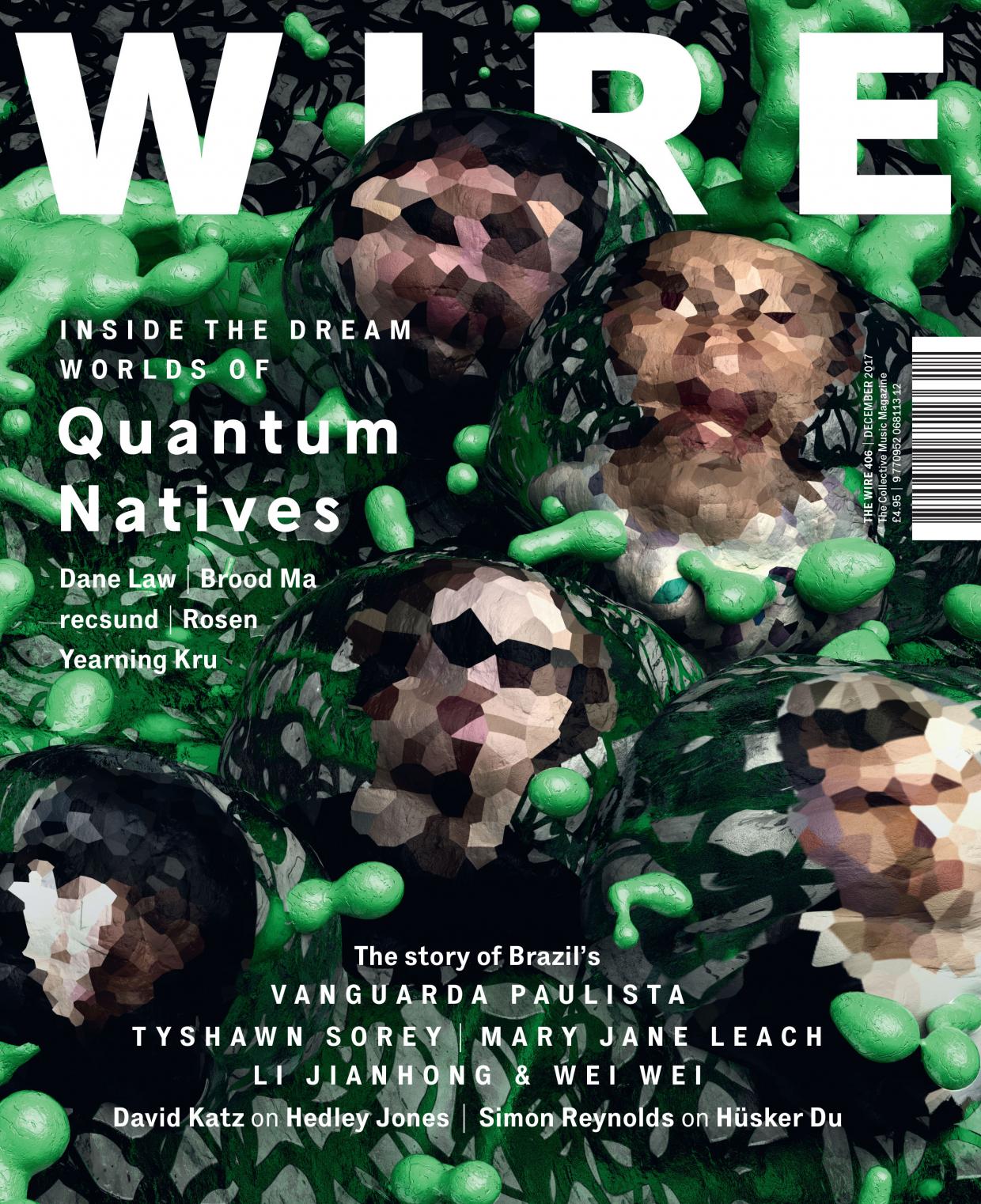 Rather a hasty update once again, thanks to the delights of faltering wi-fi and a frustrating lack of elbow-room (first world problems!) but there’s a few things I wanted to draw your attention to before I start my yearly tidying of my Foggy affairs in preparation for the festive season. Firstly, world-building collective Quantum Natives are celebrating their recent appearance on the cover of The Wire with this special label mix of Native classics from their ever-expanding back-catalogue. It’s exactly the kind of rich sonic stew we’ve come to expect from this label and I’m rather proud that it concludes with my remix of Brood Ma’s ‘ESTEEM’ from his r e – P O P U L O U S album of 2014. I’ve always had a soft spot for that track, so chuffed to see it included in such fine company. Fill your boots below and then enjoy the full length original remix (if that isn’t too much of an oxymoron) on their Soundcloud page here.

On a similar note, you may also remember Howlround’s inclusion on the Front And Follow 10-year anniversary compilation LESSONS that I posted on these pages a few weeks ago – a very fine double CD of killer jams from Pye Corner Audio, Leyland Kirby, Time Attendant and more. Now label co-founder Justin Watson has compiled a special retrospective mix for respected online periodical A Closer Listen, featuring a smorgasbord of audio intrigue from the label’s rich back-catalogue; including ‘Unnatural History’ from Joseph Stannard’s 2013 compilation The Outer Church. It’s one of my earliest ambient works and also a rare example of a track actually released under my own name, though I have to confess its existence had rather slipped my mind until this timely reminder. Find it below – and many more goodies besides:

I must also draw your attention to the latest edition of Touch Radio, a 2016 live performance from the Iklecktik archives by genius ambient composer Pascal Savy. Having recently posted links on these pages to a couple of his feedback works, Pascal now tells me he is shopping around for a label to release his latest album Dislocations. Interested parties should form an orderly queue over at his Twitter page. Touch Radio enthusiasts might remember that there’s also a Howlround edition in the archives, which is an extract from our first ever live appearance way back in… was it 2013? Guess it must’ve been. Forgive the uncertainty, but I don’t trust the integrity of the wi-fi signal I’m on to make a proper investigation. Besides, I’m not sure I want to be reminded of our first faltering steps into the live arena, or the various injuries to property and person caused by carting four full-size Revoxes to the south coast and back. I still bear the scars from that time I tripped and took a chunk out of my kitchen wall, which then went on to put a sizeable dent in the return on my deposit – even though it was clearly just a polyfiller job. Still, no guts, no glory, eh? 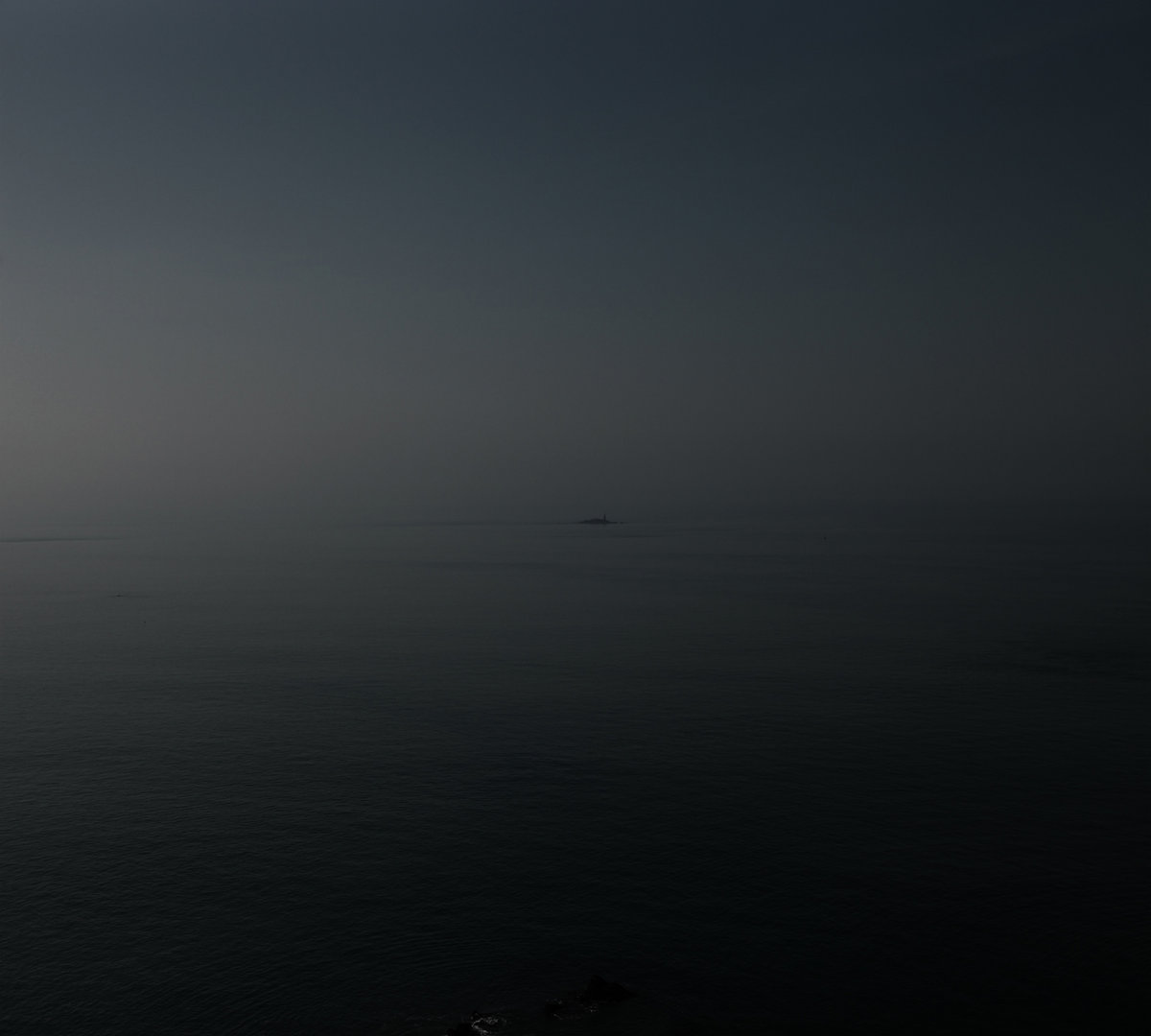 Pascal Savy: Out there somewhere….

And finally, please enjoy this recent live set from Simon James at West Norwood’s Portico Gallery. Better known as the man behind The Simonsound, Black Channels and this year’s magnificent Akiha Den Den soundtrack (selling fast, grab one here while you can), here he is performing a live set on his magnificent buchla synth at the latest Further event. I arrived late to the party, so I’m extra glad he’s popped it online for our enjoyment. It’s a gorgeous chilly sound, matched perfectly by Strictly Kev and Peter William’s far-out visuals. My only criticism at the time of writing is that it’s not quite loud enough to drown out the Karaoke Khristmas Karnage I’m currently enduring. That’ll teach me not to leave the house in December! And if I have to listen to ‘Jingle Bell Rock’ one more time I can assure you there will be both guts AND glory!

Error: Twitter did not respond. Please wait a few minutes and refresh this page.