‘Short Cuts’ is a rather exciting new series starting today at 15.00 GMT on BBC Radio 4. 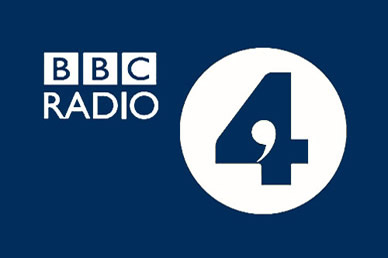 Presented by Nina Garthwaite, the founder of the radiophonic treasure-trove that is ‘In The Dark’ and produced by Eleanor McDowall for Falling Tree Productions,  Short Cuts is a selection of brief encounters, true stories and found sound, ‘a showcase of delightful and adventurous short documentaries’.

In the first edition  she delves into tales of misadventure – starting with ‘a chance encounter on a train where a couple’s absorption in the crossword disguises a possible hidden romance. [and] encompassing the writer Joe Dunthorne’s reminiscences of his misspent gap year selling door to door in Australia’.  ‘Misadventure’ could pretty much describe my entire career to date, which is just as well, as I’m very pleased to add that my own short work ‘A Corner Seat In a Smoker Facing The Engine’ (aka Traintracker) has been included in this first programme.

Here it is again, just in case you’re not one of the 65 people who, at the time of writing, have officially heard it:

If you haven’t heard it, hope that you enjoy it, it’s the first part of a larger project that I’m going to be working on in the coming year. Though I won’t be expecting this much exposure!

Speaking of which, I realise that posting all this a mere few hours before the programme goes to air is something of a publicity shot in the foot, but such is the wonder of technology that I’m sure the BBC will have worked out some sort of  ‘listen again’ feature should you require it. Plus there are three subsequent episodes exploring such knotty themes as ‘Divided We Stand’ (January 17th), ‘The Comfort of Strangers’ (24th) and ‘Lost For Words’ (31st). Given the reputation of both Falling Tree and In The Dark for high standards, I heartily recommend catching them all.

I also, and no-less heartily, recommend becoming a friend of ‘In The Dark’. It costs a mere £20 per annum and allows you access to lots of exclusive goodies; as well as the warm and fuzzy feeling that comes from helping out a voluntary organisation that is genuinely putting nice things into the world.  Great job!

Thanks very much to everybody who sent such nice feedback, especially Marcella, the ‘falling off her chair laughing’ lady and Mr. Ed Lehan who sent what must be the best text message I’ve ever received!