← Wholly Other Archaeology
Boards Of Kanyeda – Get Mashed →

Thanks very much to Johny Brown and The Band Of Holy Joy for inviting me to DJ for them at last weekend’s Resonance FM benefit gig. And thanks also to everyone who packed out The Charterhouse and helped raise money for a very good cause. Fresh off the back of a successful UK tour promoting new album ‘Easy Listening’, our heroes tore through their set with tight and well-drilled vigour; while my own efforts on the turntables attempted to be a sort of cerebral yin to their tense and gritty yang.  That was quite possibly the single most pretentious sentence I’ve ever written, but I hope you’ll forgive me after hearing the first part of my set; presented here for your approval and delectation:

If I may be so bold, even by my own exacting standards this is rather groovy, including as it does, tracks from Belbury Poly & Spacedog, Sculpture and Resource Centre – my three favourite releases of the last few months. I really was very lucky to have such a supportive crowd, as well, considering I was playing records at least several shades stranger and less bouncy than your standard Saturday night Farringdon faire (particularly when you take nearby behemoth leisure dungeon Fabric into account). Besides, whatever your thoughts on the musical content of the above, surely you would at least concur that it was a decidedly more crafted and personal affair than the dreadful funky house Spotify playlist that followed it. 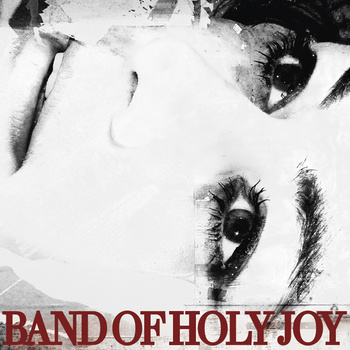 Despite some interesting conversations with members of the crowd about the records I was playing, I’d like to dedicate this mix to the young upstart who accosted me in the booth (sounds painful, doesn’t it?) and demanded to know ‘what kind of stuff’ I played. This is usually acceptable, but he had already been standing and watching me play that very same ‘stuff’ for a good solid hour by this juncture and one would really assume that enough time to grant him reasonable insight. He also wanted to have a look through my record box in order to ‘thumb my stash’, quite forgetting the unwritten law that the contents of a DJ’s record box are as secret as those of a lady’s handbag. And like all handbags, it’s entirely the owner’s discretion as to which of those secrets get pulled out and bandied about for the entertainment of the masses.

One day I shall probably self-publish an amusing memoir of all these things that have been demanded of me during my DJ sets. Last night’s interloper might just find himself featured alongside a query from the previous week, where a slightly tipsy lady demanded to know whether I could play anything ‘happier’. She was struggling to make this demand heard over the copy of Prince Buster singing ‘Enjoy Yourself’ that I was spinning at the time. I’m not sure if a record happier than Prince Buster singing ‘Enjoy Yourself’ could physically exist. Or, if it did, that I could ever agree with her suggestion that ‘Whitney’ would be the person to have made it.

Anyway, never mind all that, go and get yourself a copy of the Easy Listening at the Exotic Pylon shop. And some  Belbury Poly & Spacedog and Resource Centre while you’re at it (that Sculpture record is already going for silly money on Discogs). In the meantime there’s a second part to this mix that I shall doubtless bombard you with at some point, perhaps during a slow week. I might even allow you, dear reader, the privilege of a dig around my record bag. Just ask nicely and wipe your feet first…