← New Howlround LP Enters The Radiophonic Orbit: A Word From The Masters
The Delaware Road: Album OUT NOW, The Launch Party 14th November 2015 →

Absolutely delighted to present the brand new Howlround LP Tales From The Black Tangle, available to pre-order NOW from my special boutique imprint The Fog Signals. The vinyl has finally arrived and is looking absolutely fantastic, shrink-wrapped with a full colour sleeve in a tasteful matt-finish, with artwork by myself and a beautiful rear photograph by the talented Victoria ‘Ringmaster’ Hastings. We’re very proud and excited, even more so when I tell you that in less than twenty-four hours a THIRD of the stock has been snapped up! It’s selling fast, so if you want to get your hands on a copy, might I suggest moving swiftly? 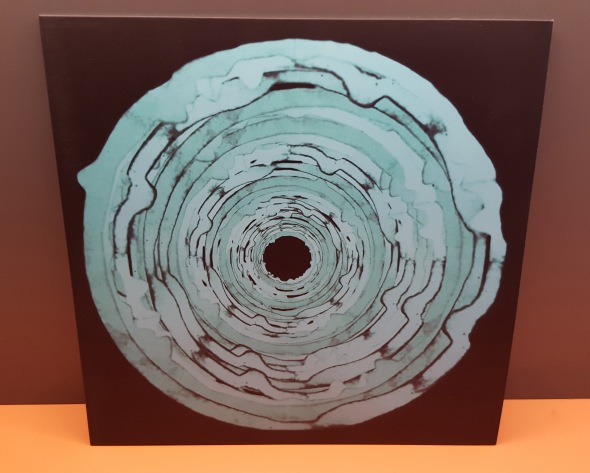 And now the obligatory press statement: Following a busy summer that has seen the duo touring with “Disintegration Loops” legend William Basinski, profiled on BBC 6 Music’s The Freakier Zone, creating sound installations inside venues as varied as a Portuguese funeral parlour and a reservoir beneath Copenhagen; tape loop wranglers Robin The Fog and Chris Weaver are delighted to announce the launch of their fourth LP as Howlround – Tales From The Black Tangle

The pair create their music following a strict rule – all digital effects and artificial reverb is strictly forbidden. As with previous albums, Tales From The Black Tangle was created entirely by manipulating natural recordings on a trio of vintage reel-to-reel tape machines. Their increasingly spectacular live performances are no exception to their analogue-only rule, and see the pair leaving venues strewn with miles of tangled magnetic tape. Distant trains, industrial sirens, foghorns, ship to shore distress signals, and even a BBC microphone stand in need of some oil, are all are folded into the duo’s darkest and most eerily compelling work yet. A recent vinyl reissue of last year’s Torridon Gate album sold out in a single afternoon, so anticipation for this latest release is high.

You might remember that a small part of the sessions for this album were captured in this rather super Vine video Chris took over the summer, so it’s great to finally be able to present the finished results in a format longer than six seconds:

Side 1 label. For added intrigue try staring at this label while the record is revolving, but take care not to operate machinery or go swimming for a few hours afterwards

Right, I’d better get off down that post office. Thanks so much for all of your custom so far and for the very positive initial feedback I’ve been receiving. I haven’t even had time to do press yet, so there’s no official reviews to speak of, but you can rest assured that if they’re positive they’ll be trumpeted from the roof of Broadcasting House… 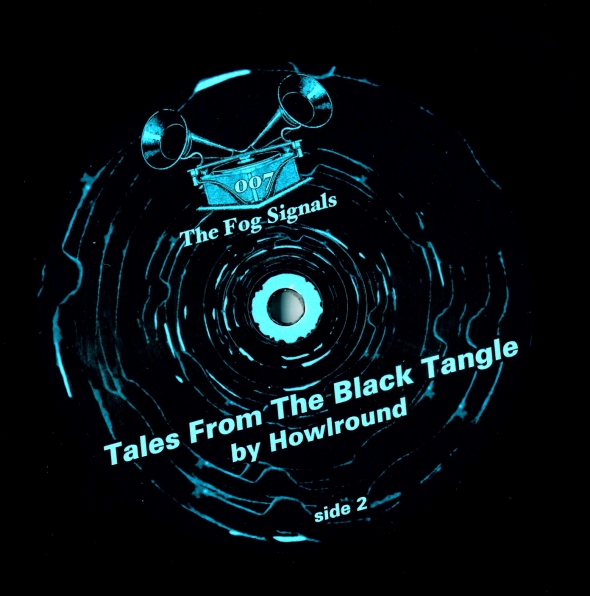 Side 2 label. You would not BELIEVE how many hours were spent on the tricky issue of hole-alignment…