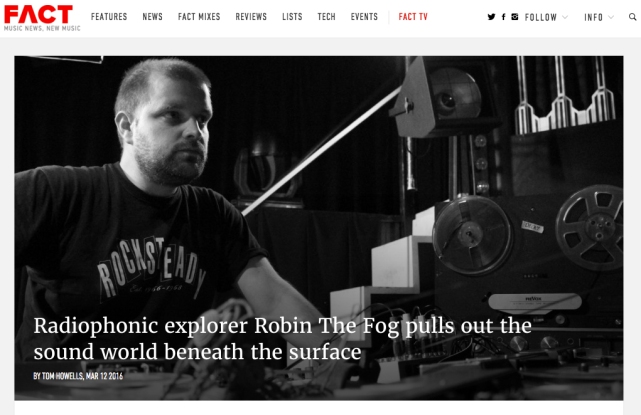 The scene is almost absurd, and very British; a Cleesian visual element to a superlative chorus of outsider sound art. Concrète theatre. The drone thunders on, temporally alien and multilayered. Defeated, Robin places the machine down and lowers the squall. “That’s as good a place to stop as any, I suppose,” he says. Oto cheers. It’s glorious. Drone isn’t supposed to be fun, is it?

We’re charmed and humbled by this article on Howlround in FACT magazine and the splendid Mr. Tom Howells, particularly the description of the delightful chaos that ensued during that Cafe Oto set alongside Mr. William Basinski. And for digging out a track from Soundcloud that we’d practically forgotten making! Eagle-eared listeners might have noticed that it’s actually an early version of this track from our second album:

//platform.twitter.com/widgets.js
The fact that this embedded Tweet insists on sitting to the left of the frame instead of in the centre is really affecting my OCD impulses….