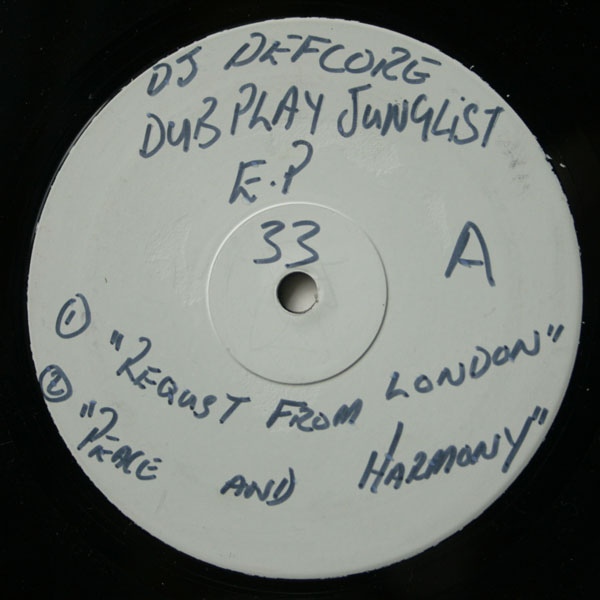 On this week’s Near Mint show on Resonance FM, Hannah Brown and I continue our search for treasure in the ridiculously overpriced Jungle. On last week’s show, as you will recall, we played a mere handful of oldskool hardcore and jungle tracks and ran up a staggering bill of £2097. On this week’s part two you’ll be excited to learn we be push back the boundaries of plausibility even further! Can you guess our grand total without peeking? Would you pay this much for a stack of rare white labels? Would you play them on the radio at tea time on a Tuesday? Would anybody? I was really hoping they would re-schedule this week’s show to run just after Calling All Pensioners, but my appeals fell on freshly deaf ears.

Another dose of Neat Mint next week. For now, if you’ll excuse me, I’m off to re-mortgage my flat. It’s rented, but I doubt the landlady will notice…