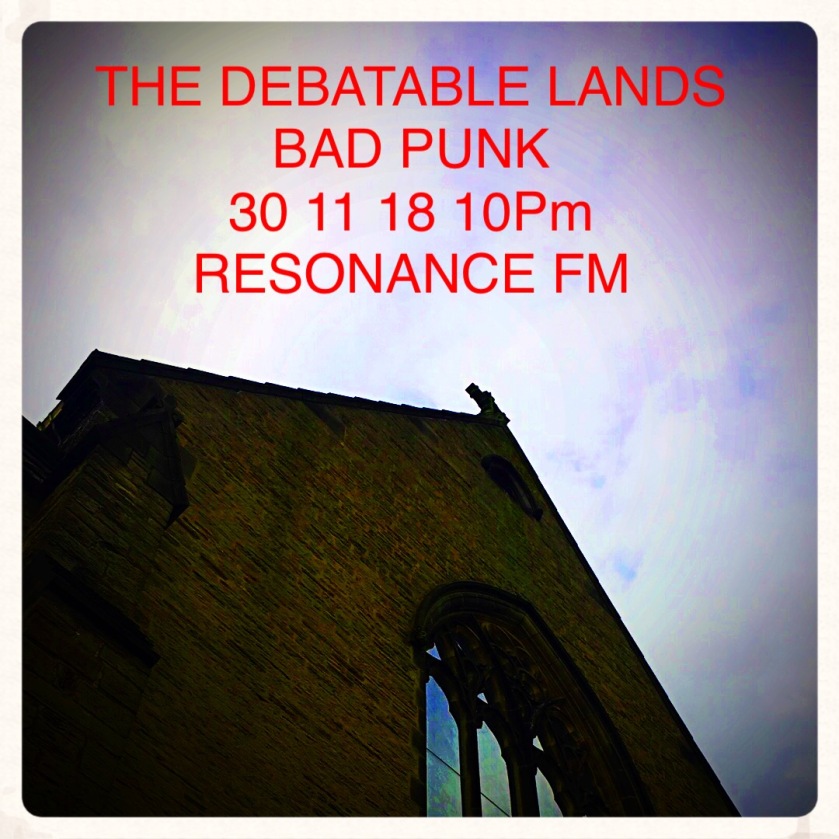 I’ll be rolling out the tape machines for a live performance on Resonance FM’s Bad Punk show this Friday 30th November, alongside the ever-redoubtable Johny Brown and special guest Dolly Dolly. This auspicious occasion will occur in celebration of Howlround’s forthcoming 6th studio album The Debatable Lands, the release of which was finally announced officially by the Touch Twitter account last week. It’s going to be a Cumbrian Poets Special, as much of the LP was recorded in the region – to be more specific on my parent’s dining room table during the Christmas break between lengthy dog walks and re-runs of Knight Rider. More details to follow, but I’ll be debuting extracts from the album exclusively on the show – first time they’ve ever been heard outside of Brampton! It’s something of a departure from previous releases, but having been freshly mastered by the legendary Stephan Mathieu, the album is sounding fit and lean – and really quite abrasive in places!

I’m not sure how you manage to cram such an amount of energy into your recordings. You certainly know how to handle tape, and Ernie better wears a crash helmet ; )

Tune into Resonance 10pm Friday night on 104.4FM and DAB in London, plus worldwide via Resonancefm.com. Industrial strength tape loop action plus Cumbrian poetry from two of my very favourite raconteurs. It’s going to be heavy!