Back To The Lands: Final Shows Of The Year

Hello you. Just wanted to put in a plug for the last handful of Howlround live shows for 2018, before I mothball the tape machines and retire for a week at the parental hearth involving dog walking, London Transport Films and Knight Rider re-runs when nobody is looking (don’t judge me). The excitement starts this Tuesday 11th with a live set at Dalston’s Cafe Oto alongside mighty fellow tape manipulators Langham Research Centre. Both parties will be performing separately, before combining for a realisation of the 1955 John Cage composition “Speech for 5 Radios and Newsreader”. Cannot wait!

Just back from touring Japan and with two new releases in tow (in addition to Tape Works vol.1 which is one of my favourite albums of 2018), those Langham chaps are certainly experiencing a purple patch right now, so the stage is set for a very special evening indeed. Plus I might even have some shiny new Howlround vinyl for sale. Further details and tickets here. 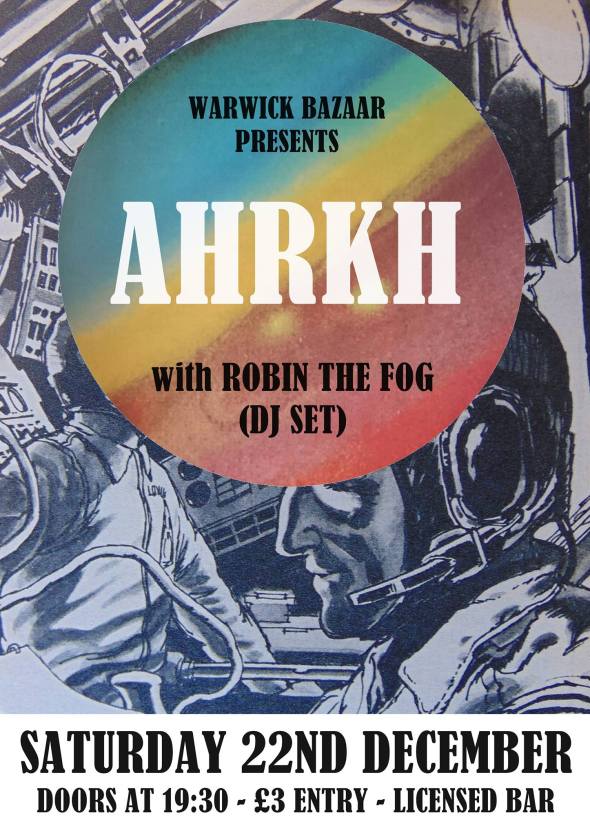 Looking a little further ahead to December 22nd, I’ll be DJing at Warwick Bazaar in my hometown of Carlisle in support of a live set by AHRKH, a side project from GNOD’s A.P. Macarte incorporating Modular synths, field recordings and vocals, which could not be further up my street if it tried. It’s only my second ever DJ set in the land of my birth, the first being some 22 years ago when I played oldskool hardcore at a birthday party (using one of those weird old hi-fi turntables that has the stylus in the lid for reasons that baffled me then and now), before getting turfed off for refusing to play Celine Dion. I’m entirely confident that I shall be much more in my element for this second appearance, but feel compelled to include the caveat that my self-imposed ban on showboating French-Canadian divas is still very much in effect. Further details here.

The following day I’m heading to my joint-favourite record shop, Carlisle’s Vinyl Cafe for the second of their Winter Solstice Soundscapes event. Once again Howlround will go head-to-head with Lakeland ‘Hauntronica’ pioneer The Heartwood Institute, whose Secret Rites LP on Polytechnic Youth was another of my favourite longplayers of 2018. It’s a highly anticipated rematch following last year’s inaugural event, though I am hoping the machines behave a little better this year: Daphne in particular was rather stubborn and unyielding the last time around, despite all the whispered oaths I used in trying to convince her to behave – hopefully on the return visit she’ll prove a little more pliable. Sadly Simon will be sitting this one out altogether after spooling all over the floor at the recent Palace Electric show. Needless to say my new year’s resolution is to put all the machines in for a service…

And that’s almost it for the year, but I’ll be popping up on your feed once more in 2018 to drop my now-traditional, hotly-anticipated ‘Best Of Year’ mixtape, which I’ll be putting together sometime in the next week. As ever, it’s going to be a hard slog trying to include all of the fabulous releases that have come my way in the past twelve months, but it’s a challenge I always relish. In the meantime, please enjoy the above 2017 mix one more time. That was a pretty vintage year too…