**UPDATE: The physical stock sold out in under half an hour! Wow! But the EP is still available digitally and 100% of all proceeds are still going towards helping out Iklectik in these unprecedented times, so dig deep and let’s help our friends out!** 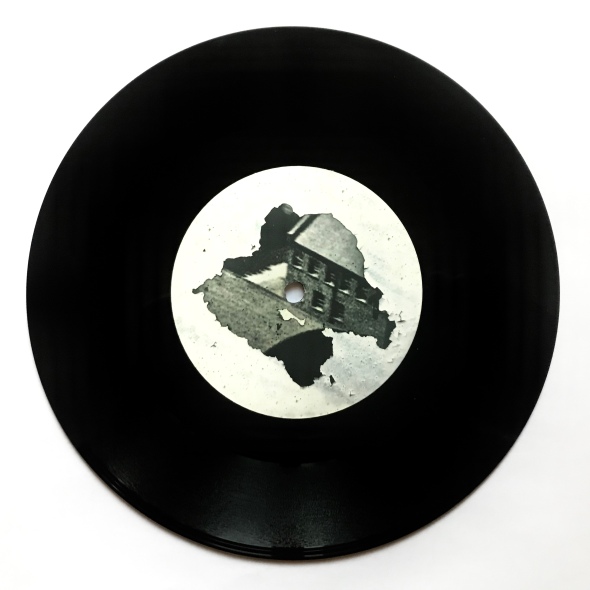 Hello you. Very excited to announce that Howlround and Merkaba Macabre are dropping Cantor Dust And Monster Curve, a brand new fundraising release for #BandcampFriday, launching tomorrow on 5th June with 100% of proceeds going to help support imperilled south London arts venue Iklectik. It’s a four-track EP of ‘Tape Loop Techno Meets Modular Madness’, containing some of the music we’ve been creating in collaboration over the past year, which started of course with our debut performance at The Delaware Road back in summer 2019. 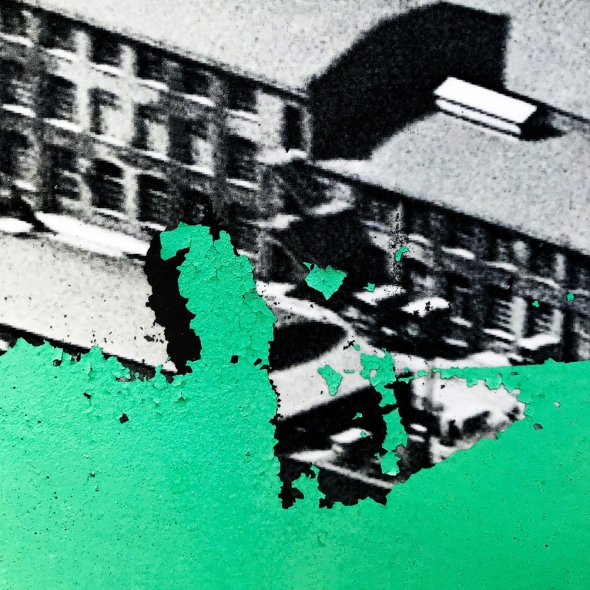 Working with Ben Soundhog’s newly-minted Plastidisk outfit, we’ve created an edition of twenty lathe-cut 7″ singles, hand-made and hand-numbered with full colour labels and original artwork. Each side of the disc contains one heavyweight banger, expertly cut by Ben to get the loudest, most dynamic sound possible, and the release is rounded off by two more digital tracks of pounding beats and pulsing electronics. Plus of course every copy comes with a full digital download for the entire EP. There are only 20 physical copies available for the world and that’s all – no repress, no second editions, first come, first served! The release is now live. Don’t sleep on this! 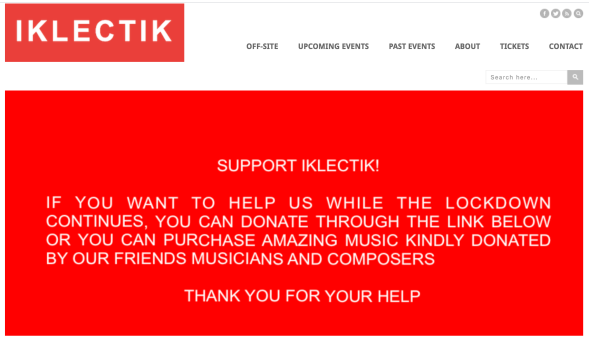 100% of all proceeds raised will be going straight to help South London’s finest venue. And I do mean 100% as we’re donating the manufacturing costs as well, so any and all monies raised are going directly to help Iklectik during these unprecedented times. It’s been a hugely valuable platform, meeting place and social haven for so many artists and musicians over the last few years, and now’s the time to pull together and give something back: we’re hoping this highly desirable item will be just the thing. Plus you can always make a standalone donation anytime by visiting https://iklectikartlab.com/support-us/ or indeed just clicking on the image above.

In other news, this week’s episode of Fog Cast takes to the sky with an avian theme, opening and closing with Jim Fassett’s truly remarkable slice of early tape manipulation Symphony Of The Birds and featuring several extracts of specially treated birdsong from the British Library’s collection. There’s also an extended piece by the Macedonian composer Ljuben Dimkaroski where he plays along with the dawn chorus (it sounds like it, anyway, the sleeve notes are unclear – and in Slovenian) using a Tidldibab, a recreation of a 60,000 year old Neanderthal flute found in Slovenia. It’s a curious truth that while birdsong is generally considered to be relaxing by the kind of people that peddle CDs of running water and rainforest noises in your local garden centre, this tenth episode of Resonance FM’s soundtrack to our current era of Isolation is perhaps the harshest listen yet. The slowed-down tracks have a strangely abrasive, alien feel to them, particularly on Fassett’s sixty year old recordings which occasionally show their age – not that they’re any less sublime for all that, mind you, we basically live in the world he and so many other pioneers created! Dimkaroski’s work is an intriguing affair as well, taken from a CD I picked up in Ljubljana while visiting a fascinating exhibition of prehistoric instruments, though despite his being a respected veteran composer I’m afraid I can’t find much more information or a link to the CD online! Perhaps a trip to Slovenia is in order, once lockdown is lifted? It’s a beautiful city and the food is magnificent. I’m now dreaming of these things as only a person who hasn’t left Penge in three months can…