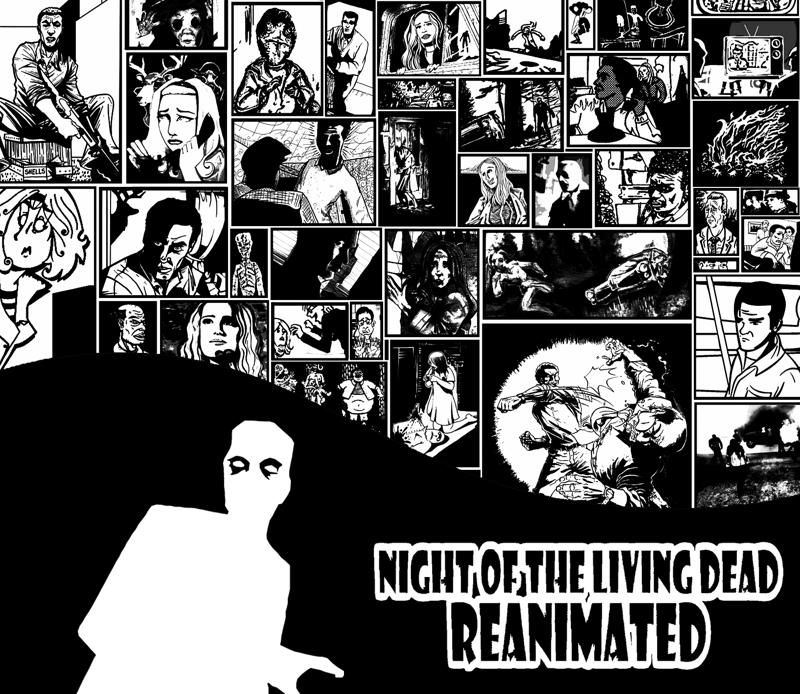 This is the full-length slightly lower-quality version fit for the synch-ing. I also split the mix into two parts and uploaded them both onto mixcloud complete with tracklisting, which you can find on the DJ page of this website.

There’s also a frankly bloody marvellous pre-screening DJ set from Lucky Cat Zoe Lucky Cat Zoe featuring some unbearably smart tunes from the likes of Esther, Keith, Enid, Ella, Sharon (oh, Sharon!!) and Augustus. And while we’re on the subject of links, why not check out the Electric Sheep website and maybe even order yourself an anthology? It’s never less than stimulating!

Made in one take on borrowed turntables during a brief 42-minute respite from the chaos of a live day of broadcasting, featuring whatever 12″s I had lying around. I must admit haven’t done this for a while due to my own turntables growing old and infirm, and I like to think that accounts for the occasional slightly baggy nature of some of the mixing, but are you really going to complain when the tunes on display include ‘Champion DJ’ and ‘Some Justice’? Of course not!

Once I retire, of course, I’ll have a lot more time to do this kind of thing and my mixing will no doubt go back to its previous lazer-like precision. But for now, this will be fine. 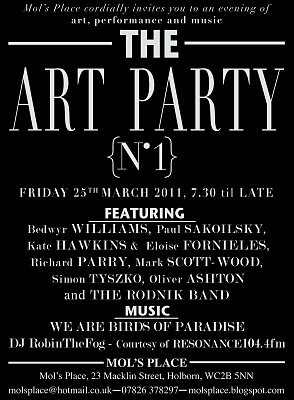 Mol’s Place is both a contemporary exhibition space and the home of collector and patron of the arts, Mr. Jan Mol; and The Art Party on 23rd March was the first in a planned series of events organised by the gallery to promote the work of a number of emerging artists and encourage fresh creative endeavour.

Actually, it’s probably better if I just show you their manifesto:

As well as exhibiting a host of artists working in such diverse disciplines as painting, sculpture and kaleidoscope, the evening also featured performances from awesome band We Are Birds of Paradise, the extremely bizarre Rodnik band and myself in my capacity of official Art Party DJ, which was really rather an honour. Here’s a short extract from a set that if memory serves me correctly spanned almost three hours. It would’ve been a longer extract but the batteries ran out. The batteries on my recorder, that is. My own batteries gave out at about 4 o’clock the following morning when I finally finished tying the speaker cables back together.

Thanks to Katy, Melissa and of course Mr. Mol for a splendid evening. Further events are apparently in the pipeline, visit the Mol’s Place website to find out more.

I am the personal website of radio producer, DJ and self-styled frustrated artist Robin The Fog.

I predict many happy years of him sitting in front of me swearing copiously as I dutifully spread reams of complex HTML code all over the space where he was hoping I’d embed a media player or something. He really has no idea what he’s doing. Still, wish him luck.

Here’s a video he’s just finished working on to celebrate: