Following both last week’s fantastic trip to the Yugoslavian Space Programme thanks to our friends at Discom and my recent trip to the Saxany-Anhalt city of Halle, this week’s Near Mint Show brings an all-too brief excursion into the exotic electronics of the former German Democratic Republic.

There’s synth, scholastic and soundtrack music aplenty from the former East Germany, much of which was released on the state-owned Amiga label. Synthtastic duo Servi make a contribution to the electronics side of the affair with three cuts from their debut LP Ruckker Aus Ithaka, while some of the exotics are supplied by TV spy thriller Das Unsichtbare Visier, a drama series apparently made in collaboration with GDR state security. One wonders if it might have been the Stasi who insisted on the soundtrack being so diabolically funky?

All of the music featured in today’s episode is taken from a small handful of LPs discovered on a brief visit to Whispers Records in Halle town centre, an emporium I can heartily recommend to passing diggers (in fact, let me know if you’re passing and I’ll supply you with a ‘wants’ list). Of course all this is barely scratching the surface, but I like to think it’s a nice introduction. And as with our recent Sam Sklair special, while some of the sounds here are very much of their time and perhaps even a little ‘dated’, I’m convinced you can definitely hear their influence on the work of more recent artists. Surely closing track ‘Froschkönig’ by Günther Fischer could easily pass for the work of OneOhTrix Point Never?

In Howlround news, I’m excited to announce that our side of The Blow vol. 2, the new split with Time Attendant on the Front And Follow label is now available to stream in full on the website of top music magazine The Wire, ahead of it’s release next week. For the moment this is the only place you actually can hear it, so do have a click on the above image and pop your ear-goggles in. The label’s website is now completely sold out of physical copies, but I’m told limited cassettes are still available to pre-order on Boomkat and Norman Records. You’re advised not to sleep on them, though! 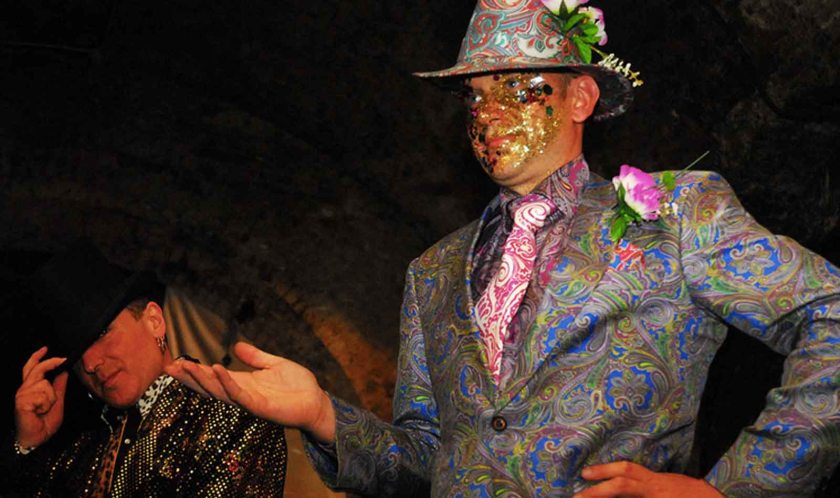 Speaking of not sleeping, I’ve just been informed that extra tickets have now been unveiled for The Museum Of Last Parties at The Museum Of London on Friday, where Howlround and DJ Food are contributing a tape-loop installation to Jonny Trunk’s Workshop Of Radiophonics. As the event has been sold out for almost a fortnight and because I have no idea how many extra tickets have been released, I would suggest that anyone who still needs one should go like the proverbial clappers…