Happy New Year! Hope you all had a smashing festive season and wishing you the very best for 2018. Christmas is always a very special time of year at Fog Towers as I leave the cares of the big smoke behind and head up north to the family bosom, catching up on local gossip and enjoying both home-cooked food and and endless rhetorical questions about how could I possibly have gotten the dogs that filthy along the way. On the other hand, the frequently foul Cumbrian weather also offers a green light for a yearly indulgence in one of my less admirable tendencies: drinking beer in front of repeats of both Bullseye and Knight Rider.

It’s like he’s staring right into my soul and berating all of my post-1983 life choices… pic.twitter.com/67KH6BtLXx

Though about as far removed from each other as can possibly be imagined, David Hasselhoff and Jim Bowen were both staples of a 1980s childhood, and the fact that there is absolutely nothing else on that I want to watch is either an indictment of the current state of British TV or merely the natural continuation of a befuddled sense of judgement instilled in me by such programming as a youth: at that tender age the sun-kissed open highways of California seemed to merge so seamlessly with the efforts of Ian and Carol from Barnsley to win a Mini Metro. However, I wouldn’t want you to think for a moment that I’ve slipped into slovenly habits, for there has been much activity afoot during the large stretches of the day when neither show was on. Firstly, there was my 2017 Best Of Mix, finished just before Christmas:

A heady brew of some of the very finest music to have crossed my threshold in the last twelve months, it’s currently riding high in the ‘Experimental Chart’ (at this stage I will take whatever accolade I’m handed) and still available above for your listening pleasure. But even these delights are small potatoes compared to the various kinds of excitement caused by transforming my parent’s dining room into a mini Radiophonic Workshop!

My experiments were messy and hugely fun, though frequently thwarted by the table having to revert to its original intended use (typically signified by arrival of actual potatoes). Nonetheless, these sessions generated a great deal of interesting new material that I’m looking forward to tinkering with further, once I’ve found a restraining mechanism as reliable as Mum’s novelty reindeer candlesticks. While such experiments have left me firmly convinced that I really must bring a 30kg suitcase full of tape machines home for all future Christmases, I should clarify that there was a very good reason they accompanied me on this particular occasion: ‘Winter Solstice Soundscapes’ at Carlisle’s Vinyl Cafe on December 21st:

I know I’ve said it before, but if you told me a few years ago that one day before too long I’d be able to buy LPs by Meredith Monk and Sun Ra and Lee Hazelwood in my old hometown just by walking into a shop (and getting a coffee and scone while I was about it), I would have shaken my head sadly and fetched you a doctor. But it’s true. And so of course when proprietor James suggested I come and play some haunting sounds to warm up winter solstice, I jumped at the chance. And when I then asked my Dad to give me and my 30kgs of equipment a lift to the venue, a twenty-mile round trip in the pouring winter rain, he jumped at the chance too!

It was a fantastic evening, with performances from Howlround and local ‘Hauntronica’ artist The Heartwood Institute, plus mulled wine and mince pies for everyone. While the crowd seemed to enjoy Howlround’s set, I must confess I was less happy – as is frustratingly common with tape performances, everything sound-checked beautifully, only for naughty old `Daphne to completely lose the plot for the entire duration of the set, foregoing her usual ‘whirling dervish’ tape delay splendour in favour of some kind of inexplicable and apparently unfixable grating electrical hum. In hindsight it would appear that powered speakers mess with her delicate little insides, bless her, though as you can see from the short Twitter clip posted above, she did appear to have regained her senses by the time she reached my parent’s dining table. I’m just hoping all this doesn’t foreshadow another expensive repair bill – I swear in my next life I’m just going to stick to mastering something inexpensive and simple, like a flute, penny-whistle or kazoo. Anyway, here’s a brief, hum-free extract from the set, combined with some faintly-trippy home-made visuals created one evening last week using a phone camera, a wine glass, and a fervent desire not to leave the sofa (Bullseye was about to start and my comfortable seat was being eyed by a muddy spaniel).

Super, smashing, great. My sincere thanks to James at The Vinyl Cafe for having me, and I implore you to visit the shop on Carlisle’s Abbey Street if you’re passing – or at least visit his website and/or Facebook page. Thanks must also go to Stephen Benson for the gig photography displayed above (follow him on Instagram, why don’t you?) and to Jonathan of The Heartwood Institute for both playing an awesome set and providing the PA. His latest LP Secret Rites has just been released this week on the mighty Polytechnic Youth label, and damn fine it is too. Why not put that Christmas money to good use and bag yourself a copy? 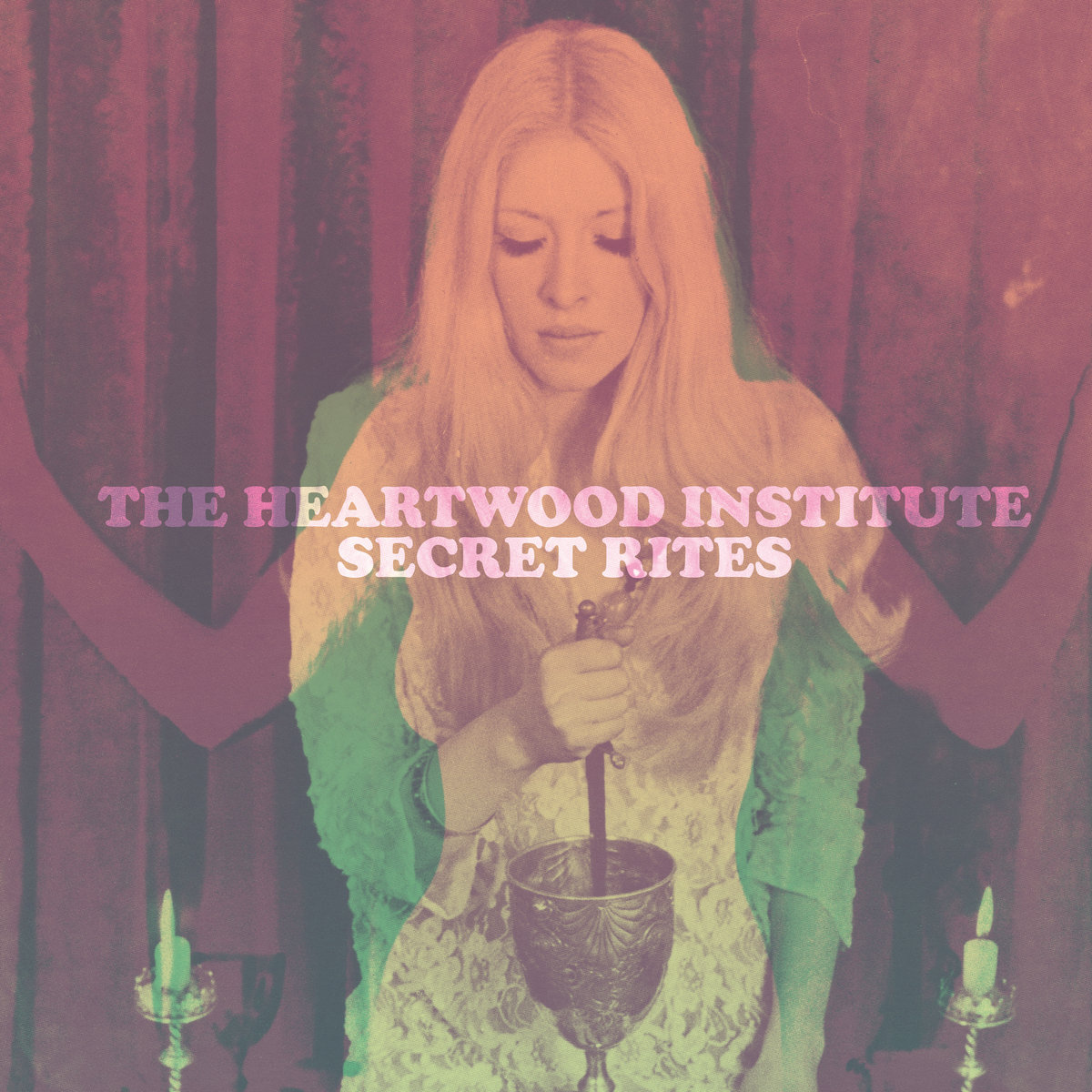 Yes, that is the Knight Industries Two Thousand leaping off a 200ft cliff before landing smoothly on the beach below, in complete disregard of the basic laws of physics. There’s a very good reason the show wasn’t called ‘Faintly Plausible Rider’! pic.twitter.com/MYhJLeL6hE