DRINK TO ALL OF THESE – Saluting Talented Friends

Another year, another bout of the dreaded winter lurgy, resulting in two weeks of shocking inactivity, where my most productive achievement was alternating between staring at the ceiling and the discovery of several justifiably obscure shades of Glen A. Larson on youtube:

Rather beneath my dignity, I’m sure you’ll agree, but slightly more engaging than the ceiling.

My recovery has been significantly, ahem, ‘energised’, however, by the simultaneous arrival of several new projects from some esteemed friends and former colleagues, and as a token of my gratitude to these brilliant people I’d like to share them with you here and now. It will help to both spread the word and also make me feel less bad about having few of my own 2015 achievements to shout about as of yet. First up is the long-awaited publication of a collection of short works by storyteller, broadcaster and former America’s Got Talent contestant Guy. J. Jackson: 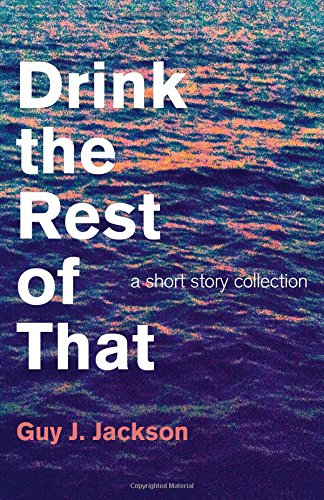 In this collection of rare, hard-to-find, and often too-short short stories, Guy J. Jackson wields his not particularly helpful but still relatively charming (at least compared to being chased) worldview in order to pretty much study and correct all of humanity’s foibles, or at least the ones that need correcting by the end of this year.

More familiar as a performer of stories in the verbal tradition, through innumerable shows on both stage and radio, short movies and a couple of albums (you might remember our collaborative Notes On Cow Life cassette from 2012), Guy’s distinctive mix of creeping intrigue and amiable surrealism loses nothing in it’s translation to the page (though I’ve included a recording of his reading an extract below for added measure:

The stories vary from several pages to the merest few lines and are great to dip into, but better to immerse yourself in – indeed I read the whole thing in one big greedy sitting. Grab your own copy here. 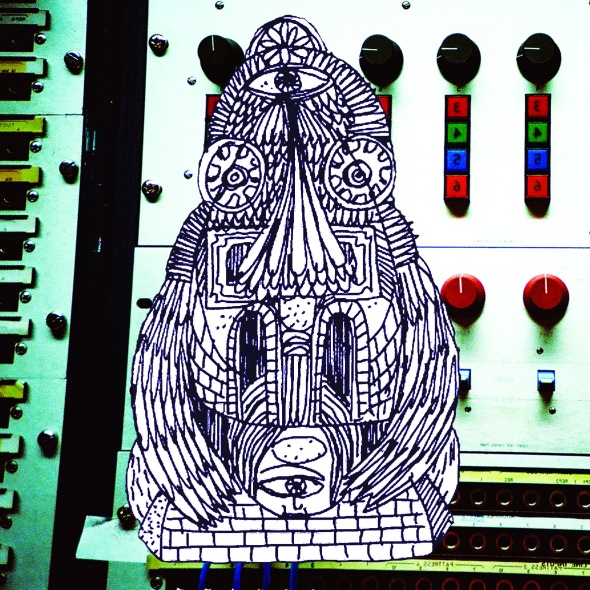 Next up, are you familiar with the work of DCW Briggs? He’s a graphic artist, comic publisher, musician and all round good chap, who has produced a huge body of work over the years, under a number of pen-names [pun intended] such as Hills Have Riffs, which just happened to be the nome de plume he chose when we collaborated on a 2013 mini-album Earl Grey Whistle Test, recorded in Bush House’s Studio S6 in the months leading up to the Ghosts Of Bush sessions:

Dave’s latest exploit is a collaborative exhibition with Andrew Walter at Studio 73 in Brixton Village at the behest of the excellent Indestructible Energy zine, featuring new works, collage, short-press comics and more. This Saturday (17th) sees the closing party, with live music from Mark Dicker, formerly of Trencher playing on a PA system loaned to him by noisy tearaways Part Chimp. Several years ago I found myself on the same bill as Trencher, and seem to remember their set being so loud that those watching in the front row actually appeared to be swimming through a sort of hot and viscous sound-soup. The prospect of one of their number playing on any kind of sound-system that Part Chimp consider fit-for-purpose in a space that small strikes me as a thrillingly brave and foolhardy move. 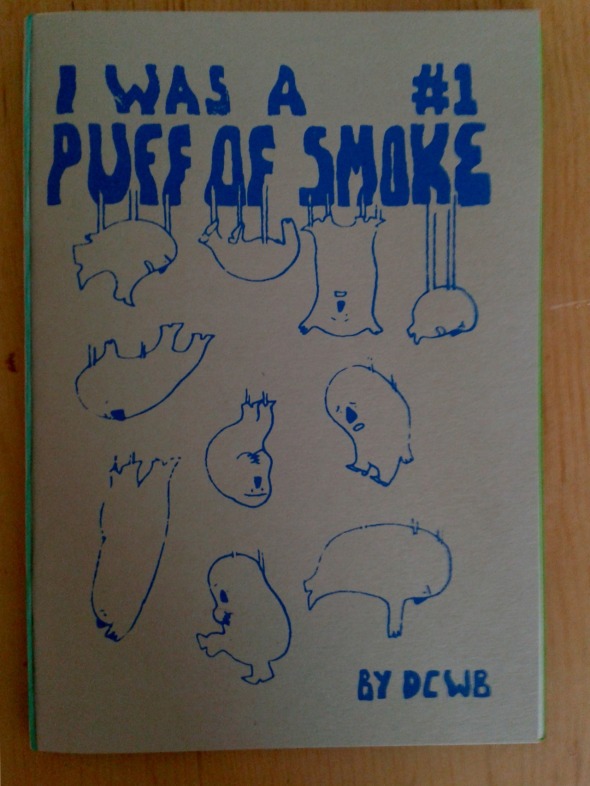 So, come down on Saturday, pick up some great short-press comics and original artwork by Dave and Andrew, have your ears blasted off and served back to you and perhaps invest in a copy of Indestructible Energy’s latest issue too. And of course you can always visit Dave’s  DCWB Website. He doesn’t update it all that often, but it’s always worth the wait.

Moving onto equally exciting news, namely the recent launch of a new collaborative EP from Franziska Lantz and Howard Jacques. Franzi has of course appeared in these pages before, when we collaborated on Whirled Service, a session for BBC Radio 3’s Late Junction that I keep meaning to dig out the archive. Howard you may know from Resonance FM‘s excellent Bermuda Triangle Test Transmissions Department. The duo’s debut 12″, recorded as DPM357x is the first release on Franzi’s Global Warming Records, and while I know it’s a bit early to claim this as one of my records of the year, stranger things have happened! Purchase your own copy direct from the artists after their performance for Club Integral at Stoke Newington venue ‘The Others’ on January 23rd. I shall be there (in my capacity as a fan) and hope you’ll join me. Further information for those of you who are socially-mobile on their Facebook page here, including details of the other acts on the bill – No Cars, Flameproof Moth and Rucksack Cinema. Who says we’re running out of band names? UPDATE: You can also purchase it HERE. Which you jolly well should.

Finally, do you remember my writing last year about the kickstarter campaign to fund the recording of the Synaesthete album Array? Well, I’m happy to say the campaign was a success in more ways than one – this debut long-player from Sarah Tanat Jones’ sophisticated synth-pop project would be brilliant even if you weren’t a complete sucker for multi-tracked vocals, syncopated hand-claps, tick-tocking drum machines and lush, hand-painted artwork (Sarah takes care of that too). Available now from Kit Records and hugely recommended for fans of Tune Yards, Glasser and other left-of-centre electronic pop delights. Jolly good label, that Kit Records…

Right, that’s probably enough to be getting on with and certainly enough to stave off any more forbidden Glen A. Larson-cravings (or ‘Grand Larson-y’, if you’ll pardon the pun). As for my own affairs, I’ve got a couple of rather intriguing tape-music projects lined up for the next couple of months, which could prove most interesting as long as long as my own health and that of my tape machines holds out. They’ve been rather poorly too, of late, but I’m determined that the usual battle between triumph and disaster will resume with renewed vigour next week. And don’t forget to keep an eye out for this, out soon on Buried Treasure: