A rather hurried post at the culmination of a manic week preparing for our sound installation and performance for the Jardins Efémeros Festival in Viseu, Portugal. A more considered write-up will doubtless be forthcoming, but for now I thought you might enjoy these images and this extract from last night’s set in the magnificent C15th cloister of the Nacional Museum Grão Vasco – our first ever open-air performance!

Thankfully the intense heat combined with a slight breeze that threatened to blow our tape loops around had calmed by the time of our 23.30 performance, though the evening was not without its dramatic moments, including a significant chunk of our set in which our reel-to-reel machine ‘Delia’ appeared to give up the ghost completely. For added intrigue, it just so happens that our performance occurred on the 14th anniversary of the death of her Radiophonic namesake. I’m not a superstitious man, but I’m pretty certain there’s some symbolism at work in there somewhere. Thankfully she clicked back into life after some tense moments and a lot of silent pleading and is now recuperating in our surprisingly plush hotel:

Away from the stage, our sound installation at the Funerária D. Duarte runs throughout the festival and thanks must go to the staff for being so obliging in allowing us free play among the coffins in the back room.

The work itself is some twenty-seven minutes in total and consists of the Funerária staff (all members of the same family) talking about their work mixed in with a soundscape of Viseu using recordings gathered from local abandoned buildings and subjected to the patented Howlround treatment at our temporary studio in the back room of a former tie shop. Our favourite piece of feedback so far has got to be a reported  ‘Mummy, where are all the dinosaurs?’ 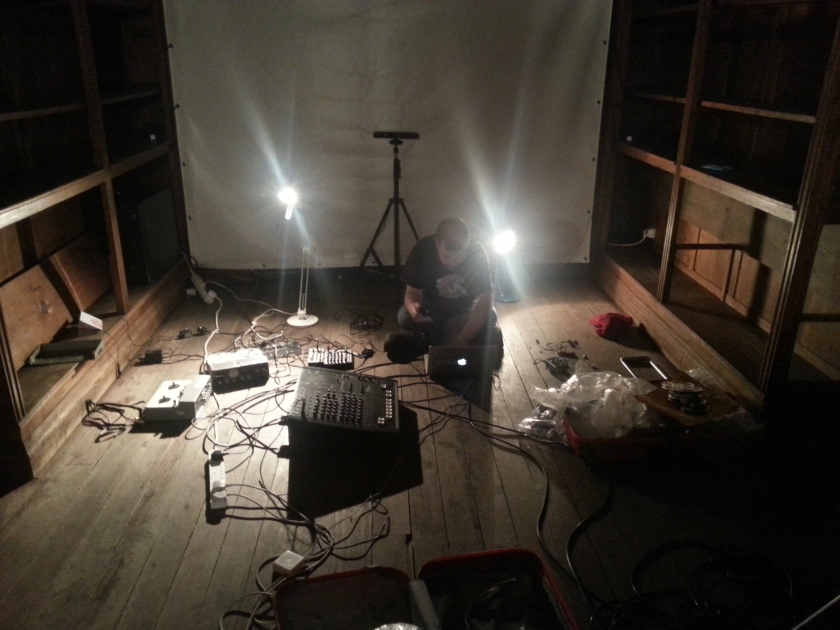 Jardins Efémeros runs until 12th July and it’s proving to be a remarkable achievement, quite literally transforming the town. Our gratitude must of course go to festival curator and lynchpin Sandra Oliveira, our translator Lino and all our new friends for being so welcoming and supportive. We’ve been so busy preparing for our own contributions since our arrival last week that we haven’t actually had time to check out much of the festival yet, but one thing that particularly captured my own imagination during a brief tea-break was Vanda Rodrigues‘ ‘Cloud Room’, stepping into which felt like entering a Boards Of Canada video! 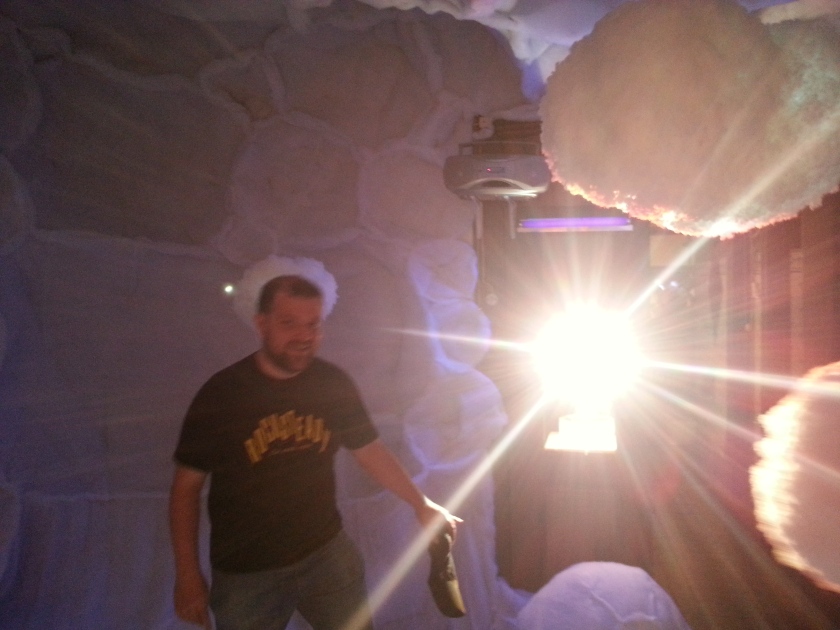